Did you know Innovative-IDM employees are eligible to take up to 16 hours per calendar year to volunteer at a 501c3 charitable organization? That's part of IIDM's MVP Program (Making Values Our Priority) -- time off from work for time serving others. IIDM's Steve Falcone, Gina Arredondo and Anabel Simental sure did and they just got back from a successful event at MDA Camp last week.

Falcone, Dallas Business Development Manager said, "It was a great day. This camp is amazing and we served BBQ and sides to about 250 campers, volunteers and counselors. Team Innovative rocked it and I am so glad to be on the Innovative Team."

Way to go Steve, Gina and Anabel and thanks for representing Innovative-IDM at such a special event. -- Britt Welch 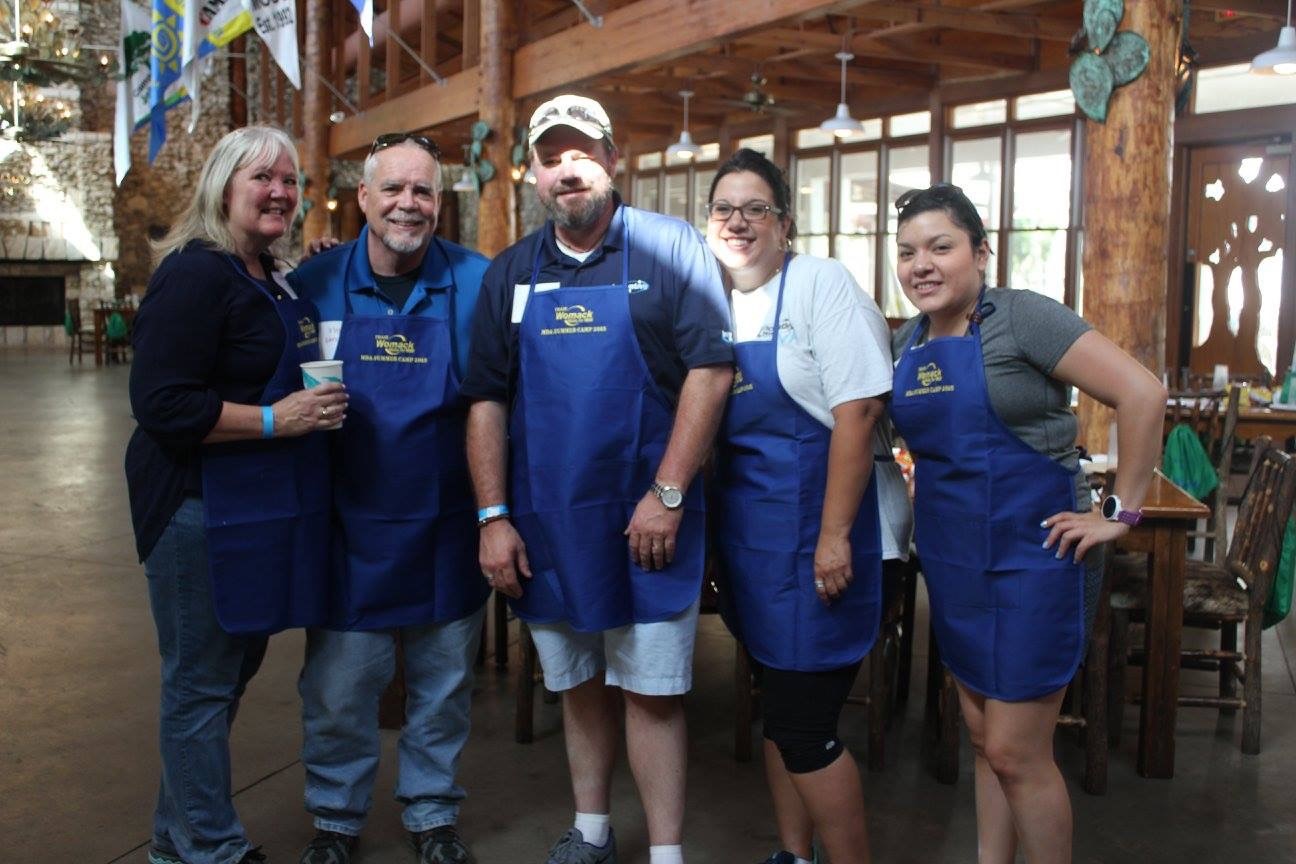 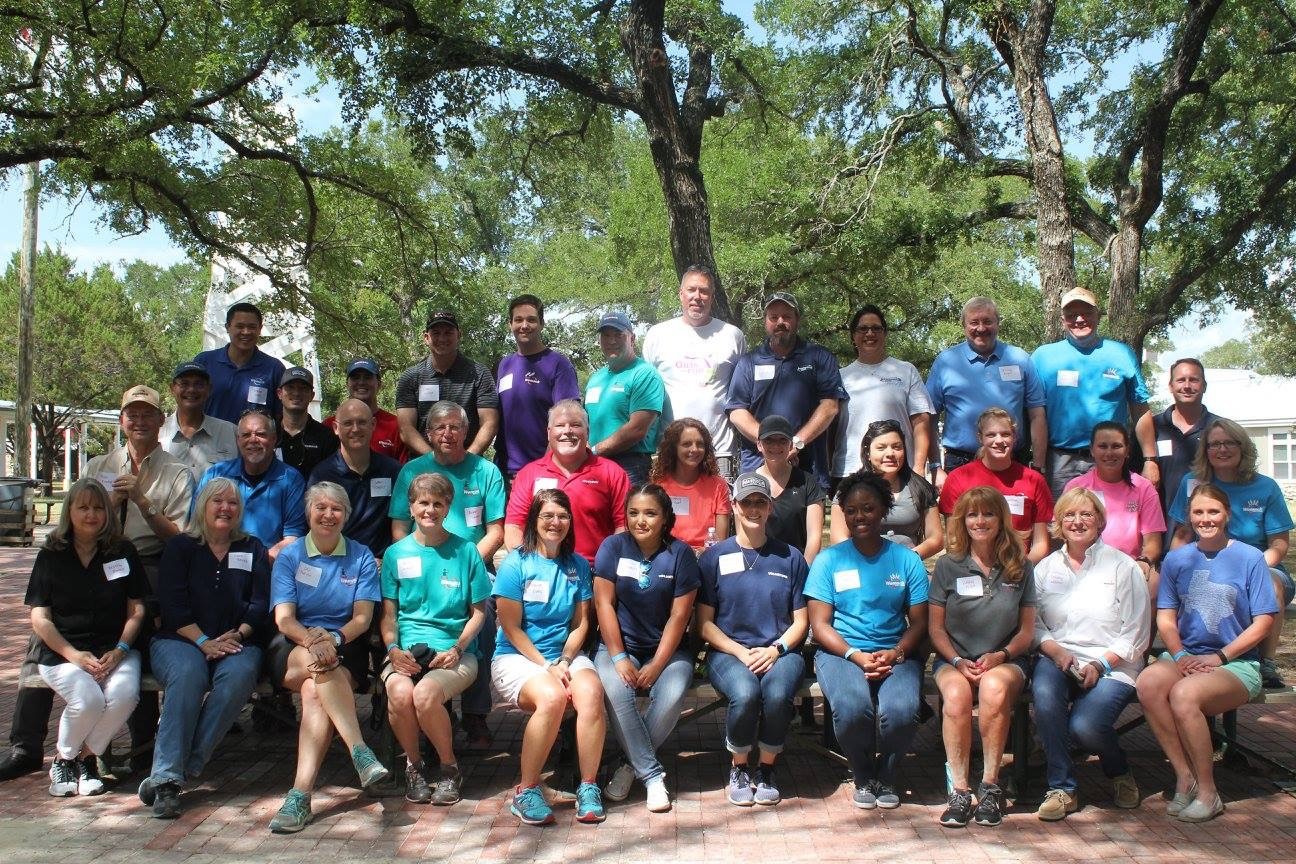 I know....it's only June 27. But we usually have everyone in the Dallas office on Mondays. So it was our 5th Annual July 4th Dallas branch event, this time punctuated by an employee chili cookoff. Who won? You'll have to watch the 75-second video. Thanks to Omar for the film and editing. And a huge thanks to the Dallas Culture Improvement Agency for making it all happen.

Here is an interesting slide from our recent webinar, "DC to AC Drive Retrofits." Over the expected life of a DC motor, you can expect to spend nearly $600,000 in repairs, maintenance and field service costs. This cost includes the associated downtime opportunity costs, too. So if you make the decision to change from DC to an AC controls system today, find a great partner. You won't have to worry about the AC drive maintenance costs....leave that for the next guy who replaces you after you're promoted for making wise decisions.

The webinar brought up some interesting considerations concerning AC controls systems vs DC control systems. AC wins on energy consumption, yet DC wins or ties on many other performance factors which are explained in the presentation. However, AC control systems enjoy far less downtime and repair/maintenance time than DC. Given that all downtime has a negative production cost, an AC controls system (as you can see in the chart below) wins BIG in the long run.

The DC to AC Drive retrofit webinar is available to watch on demand here.

If you decide to replace your DC motors with an AC controls system, it will be the next guy -- not you -- who worries about the maintenance of the AC system.

VFD means Variable Frequency Drive. The name is actually pretty straight forward to what this device does. A VFD is a controller for motors to vary the frequency and voltage. So what does that mean? You can vary/adjust the speed (RPMs) of a motor. You can see a picture of the family of Yaskawa VFDs below.

Motors use nearly 30% of the electricity in the world. Shouldn't we do something, like using a variable frequency drive?

Why is varying the speed of a motor important? Just like your vehicle, you want to go different speeds, right? The same goes for machinery. Just because your spaceship can go 140 mph doesn’t mean you need to drive that fast. Sometimes you may want to drive just 40 mph, like if it is raining, or a bumpy road. Basically, machinery wants to be able to do the same thing...but for some different reasons.

In the analogy with a car, the harder you drive the car, the more likely it is to need service sooner (or even break down). This applies to motors as well. Allowing the VFD to vary the frequency (and hence the speed) of a motor, allows the motor a better chance at a longer life. The bearings in the motor are not worked as hard and will generally need less maintenance because of that situation.

Talk about ENERGY!! Did you know that most motors in the world (especially in the good ole U-S-of-A) do NOT have a VFD on them? So what, right? Well the WHAT being that 25% of the world’s electricity is consumed by motors. That is actually a very conservative number. Some reports list the average usage anywhere up to 48% of the world’s electricity. ARE YOU KIDDING ME? Electric motors are the largest single user of electricity in this world and that is a fact. And that is important because varying the speed of these motors using a VFD will vary the energy consumption.

That’s good news.. Anyone here want to see their electric bill at their facility to go down in stead of up? Yeah, exactly.

So why Yaskawa VFDs? Yaskawa has manufactured more VFDs to date than any other VFD manufacturer in the world. They also have the lowest Field Assembly Failure Rate out of anyone of .00043%. Why is that important? Yaskawa's nearest competitors are between 4% and 6%. Let’s do some math…so out of 1,000,000 drives shipped to our customers, Yaskawa drives will experience 43 failures or DOAs while their competitors will have between 40,000 and 60,000 DOAs. FORTY THOUSAND! That’s insane.

Should you have any other questions regarding VFDs, don’t hesitate to email me.

Brandt King is a longtime member of the Innovative-IDM team at the Houston branch. You can reach him at brandt.king@iidm.com