Working in food processing or packaging?  The alpha TP+ also comes in a washdown version, perfect for hygenic applications.  For more information or to order your Wittenstein alpha TP+ High Torque gearbox, call Innovative-IDM at 877-906-2100. 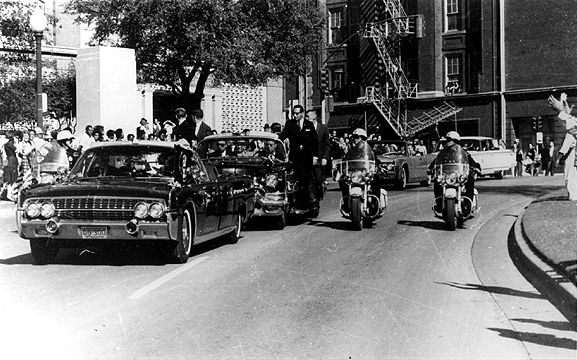 No matter what your thoughts are on this tragic day in 1963, one thing is for sure: It happened, and it happened exactly 48 years ago this afternoon on Elm Street in downtown Dallas, just 15 miles from Innovative-IDM.

The first shot hitting Kennedy was captured by AP photographer Ike Altgens who was standing across Elm Street from the grassy knoll at Dealey Plaza. Unfortunately, Altgens, by his own admission, froze on rifle report, and didn't snap another picture until seconds had passed and the motorcade was past him and nearly to the triple underpass.

To hear Altgens tell it later:

"I had pre-focused, had my hand on the trigger, but when JFK's head exploded, sending substance in my direction, I virtually became paralyzed," Altgens later told author Richard B. Trask. "This was such a shock to me that I never did press the trigger on the camera.

Altgens' final photo taken just after the fatal shot shows Jackie Kennedy and Secret Service agent Clint Hill on the back of the Presidential limousine.

"[T]o have a President shot to death right in front of you," Altgens continued, "and keep your cool and do what you're supposed to do—I'm not real sure that the most seasoned photographers would be able to do it." Still, he said, "there is no excuse for this. I should have made the picture that I was set up to make. And I didn't do it."

ators Are Now Available From Wittenstein.

The TPM+ family of actuators from Wittenstein has unparalleled dynamics and compactness.  Servo motors and gearheads merge seamlessly into a single versatile unit.  Maximum power density meets functional design, including genuine benefits in terms of length.  This outstanding motor gearhead unit puts your application ahead of the rest.

The High Torque version of the actuator has been upgraded to match the rest of the rotary family with the introduction of the TPM+ High Torque.  This high torque actuator is capable of resisting almost any externally applied forces without yielding and can handle even the heaviest loads.  Order your Wittenstein TPM+ Actuator today!  Call Innovative-IDM at 877-906-2100.

Effective January 1, 2012, machine builders and integrators must use EN ISO 13849-1:2008 to prove presumption of conformity with the Machinery Directive.  On January 1, 2012, EN 954-1:1996 and EN ISO 13849-1:1999 may no longer be used for this purpose.  Omron STI has resources available to help machine builders and integrators successfully make the transition.  Ask Innovative-IDM for details.  Don't forget to bookmark Innovative-IDM's training page to see when an Omron STI machine safety course will be added in 2012!